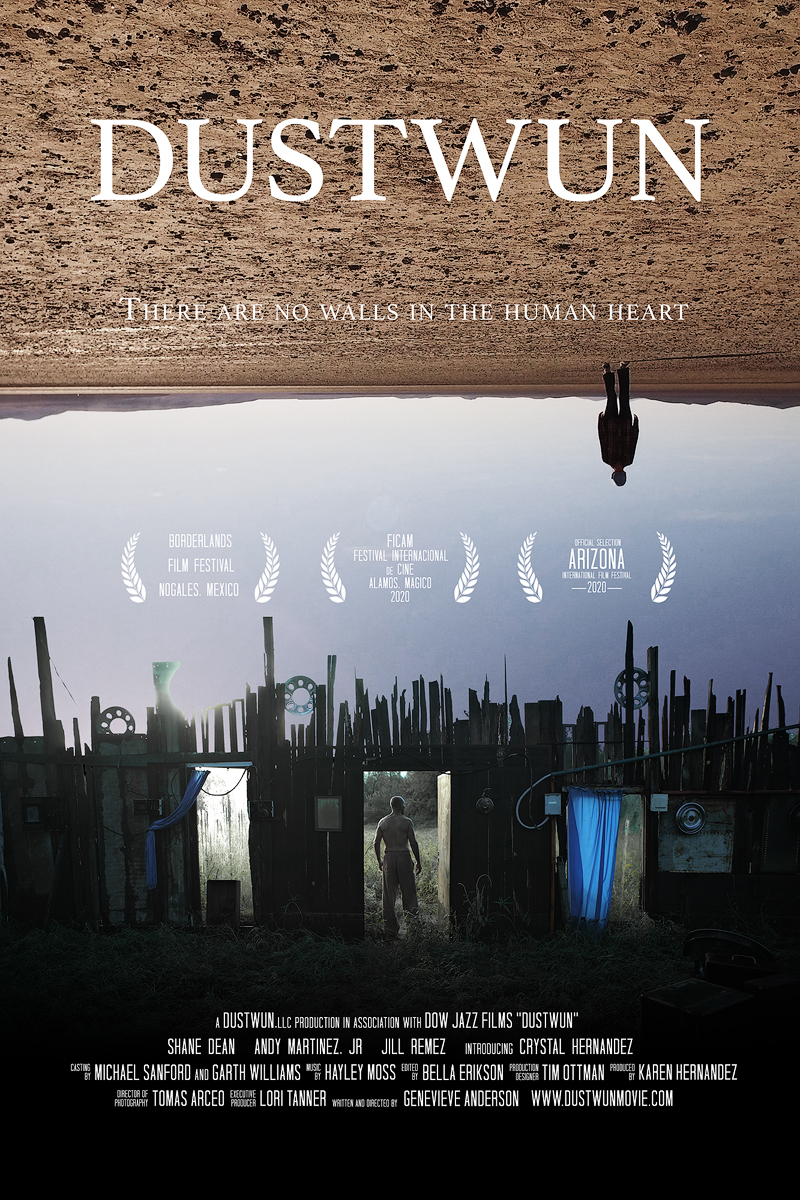 Film director Genevieve Anderson makes her feature debut with DUSTWUN, a film she wrote and directed in Nogales, Arizona in the nexus of the immigration debate and will be premiering at the ESQUIRE Theatre.

The film is fable about compassion at the border, centering on an unusual relationship between a troubled veteran building a “wall” out of trash to keep the bad guys out, and a young, undocumented migrant lost from her group on her way to the United States.

The title DUSTWUN (duty, status, whereabouts unknown) refers to the lead character’s designation after leaving his post in the military, and also to the young migrant lost in the desert. The title also refers to our nation’s current position on basic human rights, posing questions about the relationship between duty and compassion. Shot over 10 days on an active crossing site 30 miles north of the Mexican border, the story came from Genevieve’s experiences living near the border in Southern Arizona for four years. Circumventing the divisive politics surrounding immigration and the wall, DUSTWUN elevates the natural world, faith, and the human element at the core of it all.