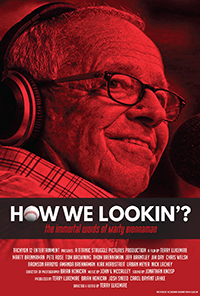 This is the story of Cincinnati's own Reds broadcast legend Marty Brennaman. Over the course of his forty-six years with the Cincinnati Reds, Marty has called some of the most famous events in Major League Baseball history including three World Series, Hank Aaron's home run 714 and Pete Rose's hit number 4192. This is his story as told by himself and the players, fans and fellow broadcasters who were there to witness history in the making.

The 7:20 screening Monday 9/28 will include a Q&A with Director Terry Lukemire and Director of Photography Brian Honican after the film!