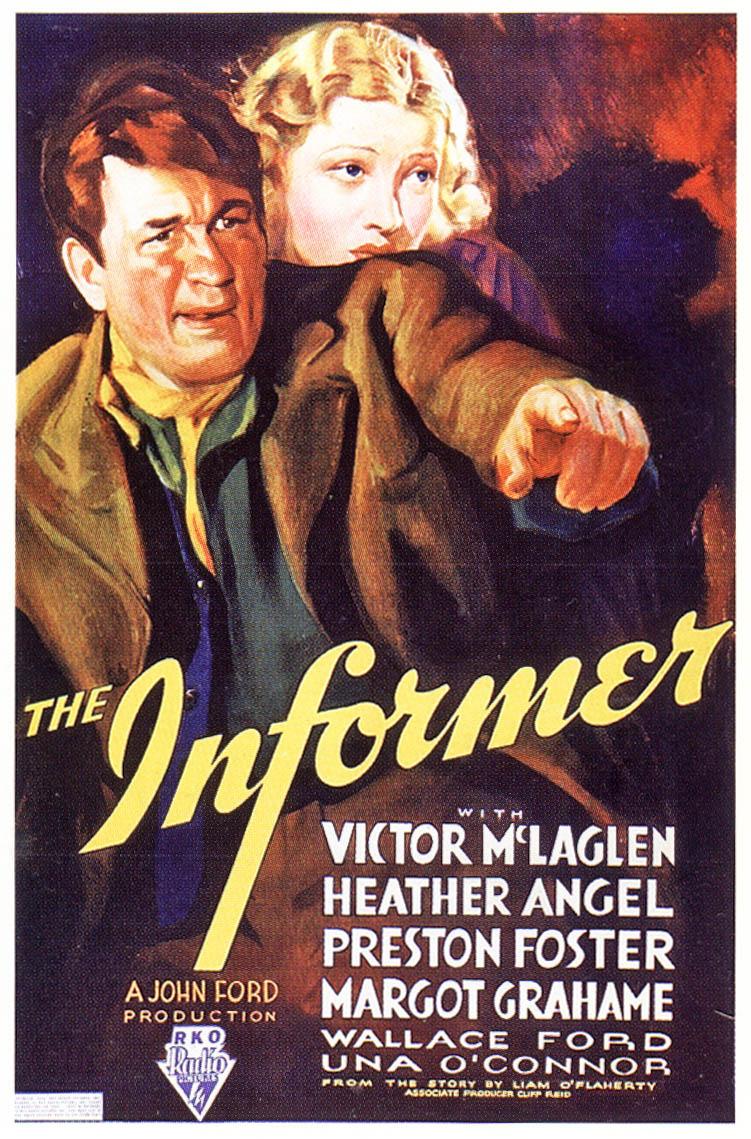 This St. Patrick's Day, join us for John Ford's 1935 Oscar winning- THE INFORMER

Holding a 93% on Rotten Tomatoes, THE INFORMER, Liam O'Flaherty's novel of the the Irish "troubles" of the early 1920s, was first filmed in England in 1929, with Cyril McLaglen in the lead. When director John Ford remade The Informer in 1935, the role of the tragic Irish roisterer Gypo Nolan went to Cyril's brother Victor McLaglen. THE INFORMER earned Victor McLaglen an Oscar, as well as several other nominations; the film did poorly at the box office, but John Ford had anticipated this reaction, reportedly waiving his considerable salary just to make certain that picture--a labor of love for the director, who was himself a native of Ireland--would be completed.

Synopsis: In 1922, an Irish rebel informs on his friend, then feels doom closing in.