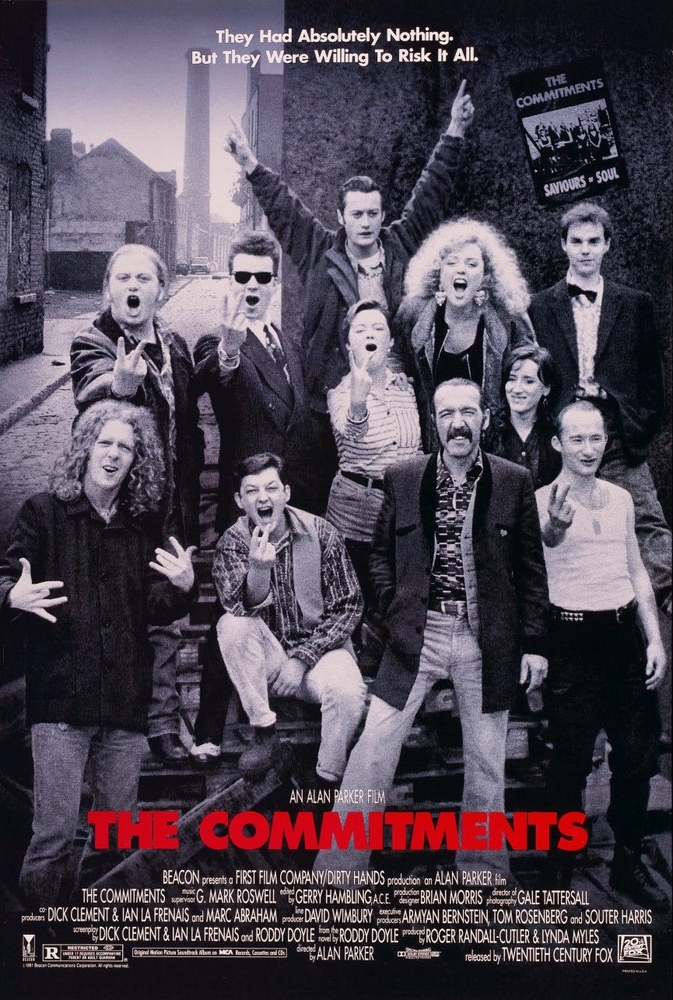 Certified Fresh on Rotten Tomatoes with an 88%, the Critics Consensus: "The Commitments is a vibrantly funny and blissfully heartfelt ode to the power of music."

Synopsis: Jimmy is a would-be music business wheeler and dealer, and he's decided what Dublin needs is a top-shelf soul band. However, top-shelf soul musicians are hard to find in Dublin, so he has to make do with what he can find. However, after a long round of auditions, Jimmy makes two inspired discoveries: Deco (Andrew Strong), an abrasive and alcoholic streetcar conductor who nevertheless has a voice like the risen ghost of Otis Redding, and Joey "The Lips" Fagan (Johnny Murphy), a horn player who knows soul music backwards and forwards and claims to have played with everyone from Wilson Pickett to Elvis Presley. Before long, the band -- called the Commitments -- is packing them in at local clubs. But do they have what it takes to make the big time? Based on the novel by Roddy Doyle, who also co-wrote the screenplay, The Commitments is sparked by fine performances by its young cast and enthusiastic performances of a number of '60s soul classics; the cast, who play their own instruments, reassembled the band for a concert tour after the film became a hit.