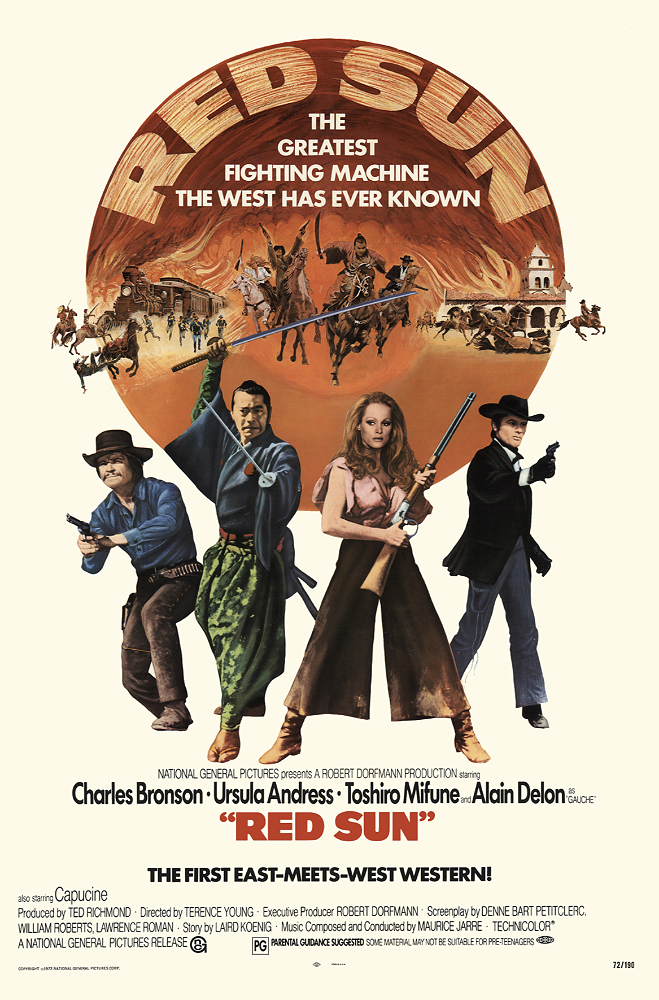 Daylight Savings Time is around the corner and we are all ready to let more SUN into our lives! (And have an excuse to show some great films with SUN in the name :) The ESQUIRE THEATRE presents RED SUN (1971) starring Charles Bronson, Toshirô Mifune and Alain Delon.

Synopsis: In what was billed as "The First East-Meets-West Western," In 1870, a gang robs a train and steals a ceremonial Japanese sword meant as a gift from Japan to the U.S. President, prompting a manhunt where Toshiro Mifune plays Kuroda, a samurai warrior who accompanies a Japanese diplomat to the United States to retrieve it.

Given its cast and theme, Red Sun was predictably enough a major box-office success in Europe and Japan, but it passed through with little notice in the United States.